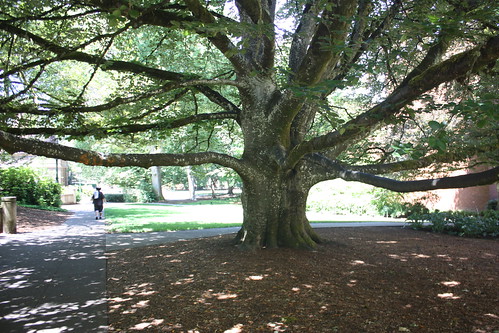 Have you ever experienced a mental obstacle at some point in your life, something so challenging that you said to yourself: I just don’t understand this and I never will. Have you ever encountered the same roadblock later in life, only to find that what previously seemed like an impenetrable wall was now only a speed bump? How did this happen? How did you suddenly become wiser than before? Well, your mind probably “grew” a little. But for many people, the mind grows less than it could.

The concept of talent is interesting and debatable. Talent (if it exists) is often explained as a genetic or innate trait of some humans that enables them to excel in various disciplines, from math to sports. The research about talent is ambiguous and a simple Google search yields quite a few anecdotes that speak for and against talent. Some people say that talent is overrated and that anyone can become good at anything with enough persistence and training. One popular, yet simplified, example of this view is the ten thousand hour rule — the claim that any ability can be learned with about ten thousand hours of practice. 1

Whether “talent” exists or not, a lack of talent, aptitude, ability or what ever serves us well as an excuse for not understanding complicated issues. For example: “I don’t understand math because I don’t have a talent for it” or simply “I don’t understand math, period”. Thinking this way is severely inhibiting if it prevents us from ever trying to really understand math, but in some cases it can also be liberating to think that we simply have natural limits to our own intellect. Whatever we may think, scientific evidence suggests that we should not excuse ourselves with a lack of talent. But it is probably not our own fault, if we do it anyway… it is what we have been taught.

Believing in the idea that some intellectual concept or accomplishment is outside of our reach is the embodiment of a fixed mindset. A person with a fixed mindset thinks that there are clearly defined limits to our intellectual ability. The opposite to this view is called the growth mindset. A person with a growth mindset acknowledges that we do not have fixed capabilities but rather that we can actively develop our skills and intellect over time.

The research about fixed and growth mindsets is fairly new. The two terms were introduced by psychology professor Carol Dweck and her seminal work is the book Mindset: The new psychology of success. 2 On the surface, the concepts might sound like something you would hear from a self-help-feel-good type of person but the research is pretty legit. 3

Learning about the growth mindset was one of those rare eye-opening experiences for me, and it has slowly started changing my life and how I perceive myself and others. I first heard about the concept in a Hanselminutes podcast featuring Linda Rising 4 and I have explored the topic a bit more since. When I started thinking deeply about it, I realized that I mostly have a fixed mindset and this realization has shattered my self-image. For example, I realized that I tend to stay away from problems and domains I do not understand, and I do the same type of work over and over because it feels nice to do something that I am already good at. I also realized how a life of good luck and high praise has probably helped me develop a fixed mindset, including all the stereotypes I hold about many people and the discomforting feeling I get when I encounter individuals that are much smarter than myself (which happens often).

Because I have been thoroughly entrenched in the fixed mindset, it has often been difficult for me to believe that I can ever become like [insert-hero-here]. Having a growth mindset leads to the realization that we do indeed have limitless potential and we can improve on basically everything in our lives throughout our entire existence. It does not mean that we will become the next Einstein but it is an important and strong message. And even better, the research shows that it works and individual performance is better with a growth mindset.

Since the idea of talent is highly debatable, I think we should stop talking about it completely. Let us instead focus on advocating for the growth mindset and start learning. In the beginning of this post, I asked if you have ever had a kind of aha moment. Maybe it is about time we try to have some more. Because the good news is that it is possible to change and start growing a growth mindset. The first step is to become aware and learn the basic concepts. Then we can start changing the way we approach our education and development, both in institutions and as individuals.

Finally, here is a nice video from Khan Academy featuring Carol Dweck. It is a good starting point for further investigation into the subject of growth mindsets. You can learn anything.