This is the first time I have not made up my own title. It was handed to me and now I have to live up to it. The funny thing for me personally is that “data scientist” is actually a title I have aspired to have for a long time, but I just never felt that I was entitled to call myself a data scientist. Data science is such a hot topic right now, and I really do not want to seem fake.

So for now, I will continue to build cool stuff and hopefully, the title becomes self-evident after a while. Time will tell :-)

In July last year (2014), I started working full-time on Antecons. Back then, I wrote a post about complete independence where I predicted that I could support myself for up to half a year without income. This turned out to be true, but now that we have entered a new year, it is time for an update. This is an update that I was nervous about until very recently where a story about monetary failure took an interesting turn for the better.

A lot of people try to hide their failures, myself included. Being afraid of failure, taking risks and facing challenges, it seems like a very weird and poor life choice to give up a lucrative and comfortable position as a consultant to work without income and earning potential for an extended period of time. The explanation is simple though: Things were starting to get fun.

When Antecons launched on Shopify in 2013, it was mostly developed while doing freelance consulting work. Having a high-revenue commercial product was never really the goal. I simply wanted to see if it was possible for me to start something from scratch and make it through all the way to a finished product and not just an abandoned side-project.

When the first few customers started coming in, I realized that this product might have some potential, and it was quite a different feeling having customers that bought a service rather than buying my labor. It was… fun. So I started working on Antecons full-time in July with the vision of slowly building up a list of stable clients. I had a good relationship and regular contact with a webshop house, and they sounded very interested in offering Antecons to their webshop customers so I pushed towards a first “revenue milestone” with them as a re-seller. It was a great Summer and I built an API beta that I was satisfied with offering to potential buyers.

My plan failed. It turned out that nothing came out of my contact with the webshop re-seller and in the meantime, Shopify sales only increased very slowly. Antecons was even featured on the front page of the Shopify app store, but there were disappointingly few signups.

There is no need to go into great detail about the technicalities, because the main problem was that I neglected sales too much so I failed to sell. That makes sense now, but I did not realize it soon enough… so I failed. Period. The end.

Late Fall came, I was not making any money and the product was not going to generate significant revenue anytime soon. I had to take on a few hours of consulting work again to pay the bills which meant that I had less time to work on Antecons and in the beginning of December, I was hired full-time as a Python developer for Neodev.

I had mixed feelings about starting a new job, because it felt like a defeat to stop working on Antecons. Both the job and my colleagues were great though, and it was sometimes quite difficult to explain to friends and family how having a rewarding and well-compensated job could still feel a bit like a step back or a let-down. Nevertheless, it was difficult to leave Antecons behind. As it turned out though, the departure was short-lived.

It was exactly one day after signing my new contract that I was contacted by Adii, a successful entrepreneur with experience in the e-commerce field. Adii was looking for a recommendation engine to improve a product upsell feature in a young startup called Receiptful. Initially, I was skeptical and without hope, because I had basically given up on monetizing Antecons since it was not making any real money. But after a few weeks of communication, we decided to work together and I was “acquihired” (yes, that is a real word) and Antecons was revived before it had even drawn its final breath.

Fast forward to today and I have been with Receiptful for a month, working on integrating Antecons as part of the Receiptful system. It is really great to be able to work on Antecons and data analysis in a full-time position and it has also presented some new challenges, but that is a topic for a different post.

Working independently was a great experience. It was an unexpected journey with an unexpected ending. A new and different chapter has now begun: Life in a startup. 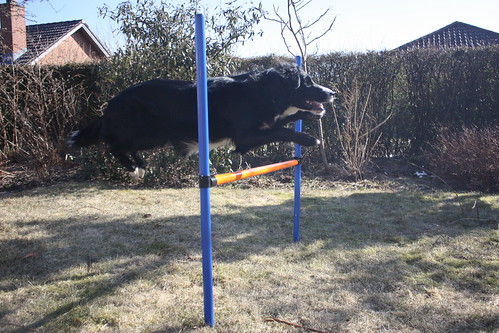 I am now jobless. I am now independent. For the next few months, I am going to work on projects that do not provide any steady income and I have not planned to take on any consulting or freelance work. I am writing this post both for people that would be interested in what I am doing but also to wrap my ahead around what this is all about.

What is the plan

I am taking some time off from paid jobs. Instead, I will work for myself full time. My primary focus is improving and enhancing Antecons, a recommendation engine for webshops that is available now.

I also want to work on smaller side-projects. For example, I have an ongoing dream of creating programmatic music. Hopefully, blog posts will be more frequent in this period as well. I have a few different topics lined up but my thoughts about them have not yet materialized.

Show me the money

I am funding this time off with money that I saved up over the last year. Unless something unexpected happens, I can afford at least two months without any form of income but I hope to stretch the money to support me for half a year. I have very few obligations and expenses so it should be possible.

Some of my friends suggested that if I do not have a job then I could get unemployment benefits. My answer to that is a clear no. It would be morally wrong to do because I am not unemployed and I do not want to take advantage of the system.

“I have this cool idea”

Great! I am open to good ideas and I would love to hear what you have in mind.

Also, I have always wanted to work on open source projects or for a good cause so if you need help with a non-profit or a charity, I might be able to help you for free.

Honestly, I do not really know what I am doing. I am trying to think rationally and tell myself that I should have a clear plan or be more organized but planning is completely against my nature so for now, I am just going to wing it. We will see what happens down the line.