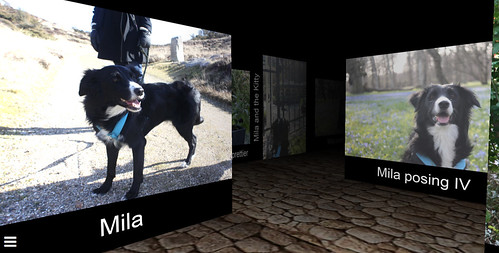 About a month ago, I attended the wedding of a childhood friend. Since I have had some extra free time lately, I came up with an idea of combining my interest in 3D with an app that could be used for the wedding. The result was Photo Maze, a 3D maze where the guests at the wedding could upload a photo from their phones and it would appear immediately in the maze, giving the bride and groom a kind of interactive photo album from their party.

I felt the urge to develop this idea a bit further and now, it has be re-named to Photo Amaze — a pun on maze and amaze. It is available for everyone, and I hope you will try it out!